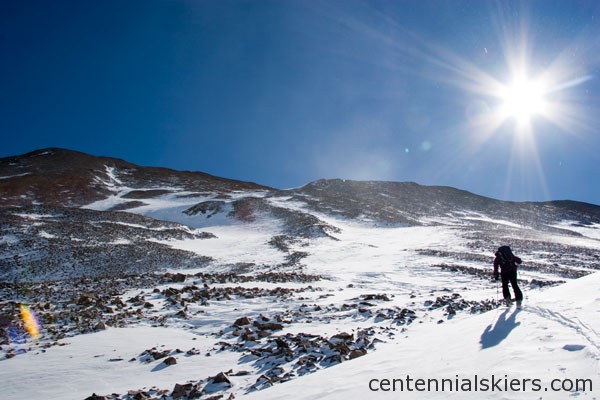 Heading up the easy terrain to the West Ridge of Cronin.

[Christy and Ted skied Clinton back in 2008. Here’s an earlier report they made on the day.]

For high peaks in the Sawatch, Cronin’s East Face couloirs are a worthy goal.

We made the easy ski up the Baldwin Creek Jeep Road commonly used to access Antero, and the headed west in to the basin where easy access to Cronin’s West Ridge can be made. It was mellow-ish skinning most of the way, until the combination of high winds (typical for the Southern Sawatch) and firm sastrugi relegated us to hiking. We reached the summit on the windy February day, which was also my half birthday, and after consulting a recon photo, dropped into Cronins’ east side, skiing some carton-like crust to the valley floor and back down the jeep road to the truck. 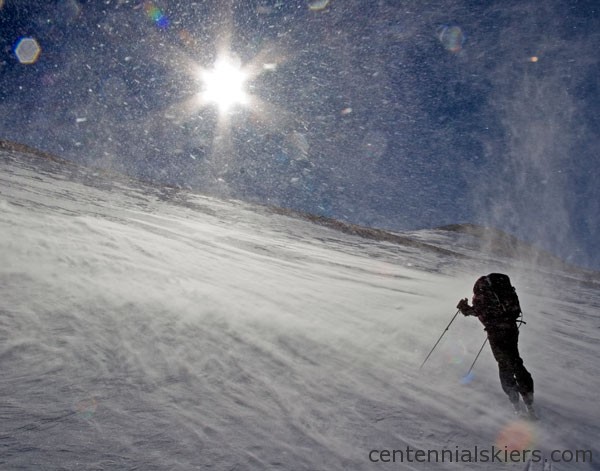 Though sunny, the winds would create a sort of sandblasting ground blizzard. 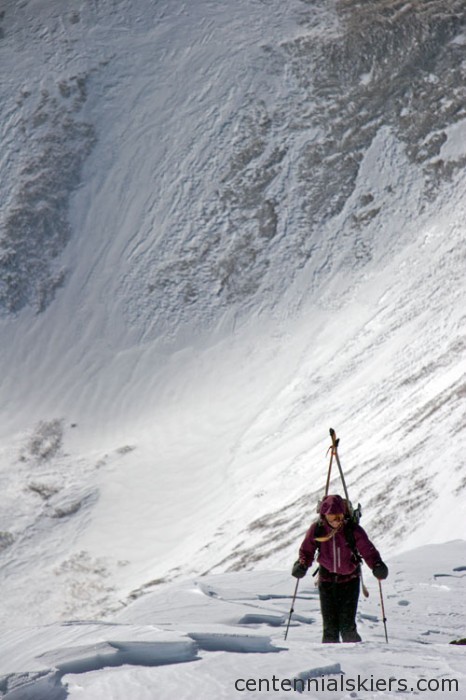 Booting up the west ridge. 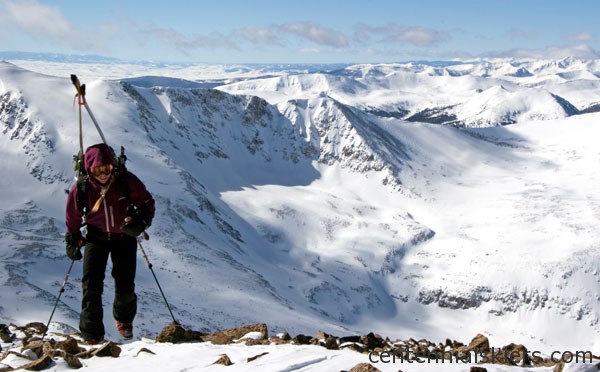 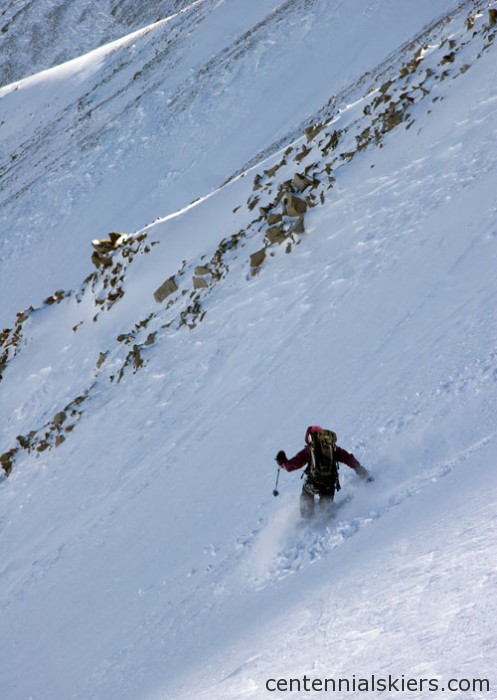 The crust wasn’t great for skiing, but was still manageable. 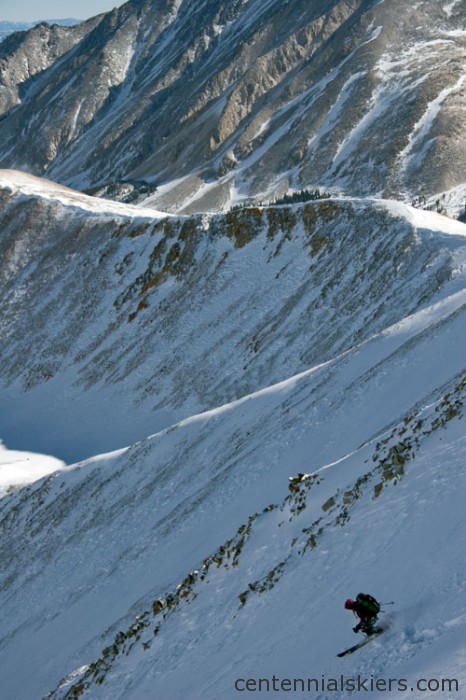 Further down, with the broad flank of Shavano and Tabeguache behind. 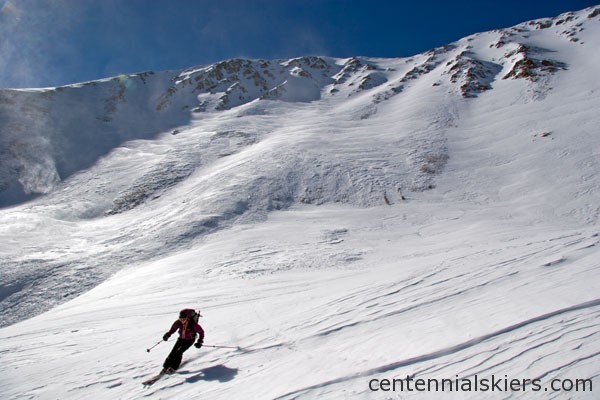 Some turns below the East Face. There are lots of ski options on Cronin. 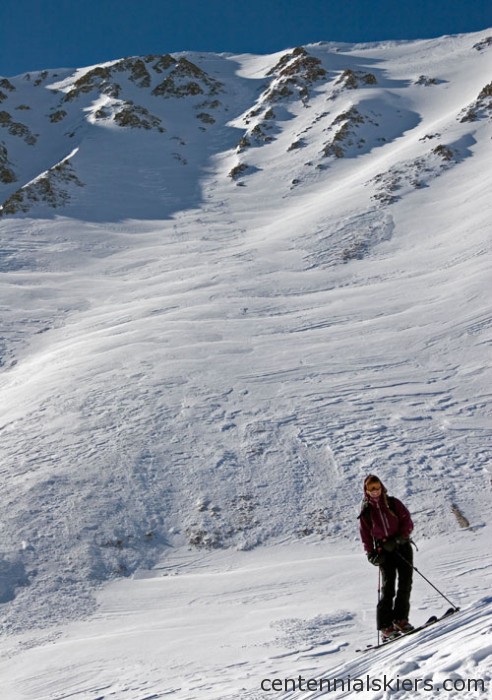 All smiles at the bottom. Tracks can be seen above.