“Approach Ice with caution, wear a helmet, and, if possible, pour a little ice in your veins.” – Gerry Roach, author of Colorado Thirteeners.

Even though we like to poke fun at Roach’s descriptions of the routes on Colorado’s high thirteeners, we did approach the Refrigerator Couloir on Ice Mountain, 13,951 ft, with care. Though it’s touted as the toughest, most dangerous mountaineering route in the Sawatch, we had all been looking forward to skiing this classic line for awhile. Also part of Three Apostles, and a Centennial peak, we climbed and skied neighboring North Apostle (13,860 ft.) as well, and had a fun ski run down its west slopes.

We’re leaving the Sawatch for the Sangres right now and have to keep things brief. Suffice to say, it was an awesome day up high, we’ll let the photos speak for themselves. 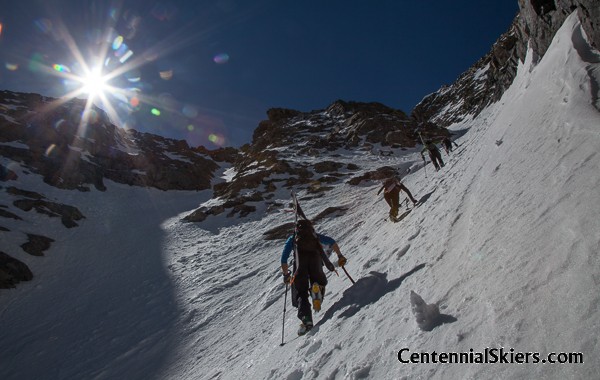 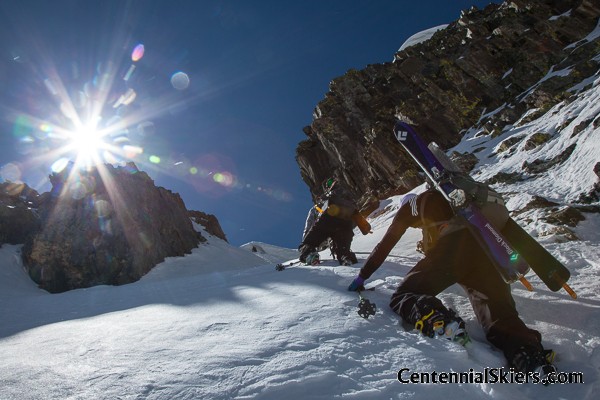 Christy and Art nearing the top of the Refrigerator. 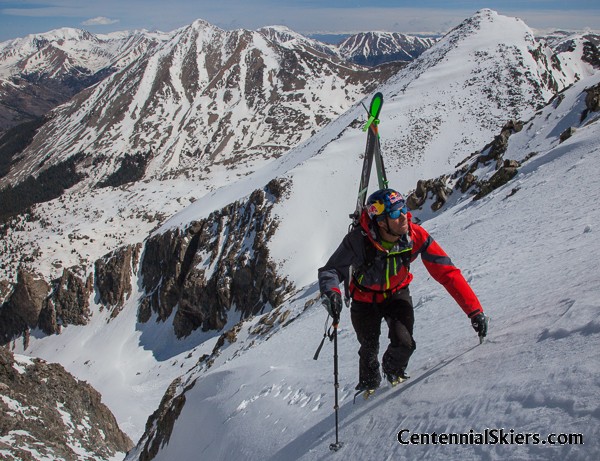 Dav, with a view of the West Face of North Apostle, our ski line after Ice. 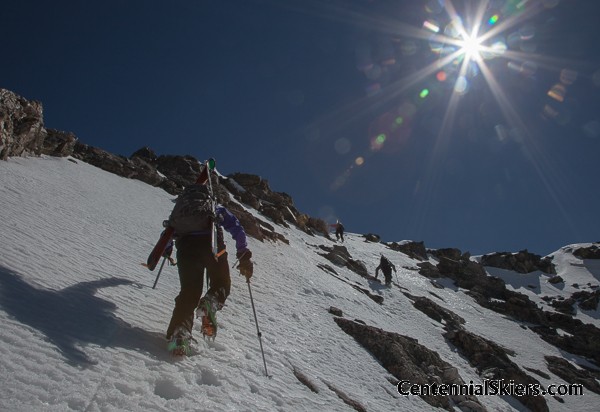 We didn’t expect the snow would continue all the way to the summit. 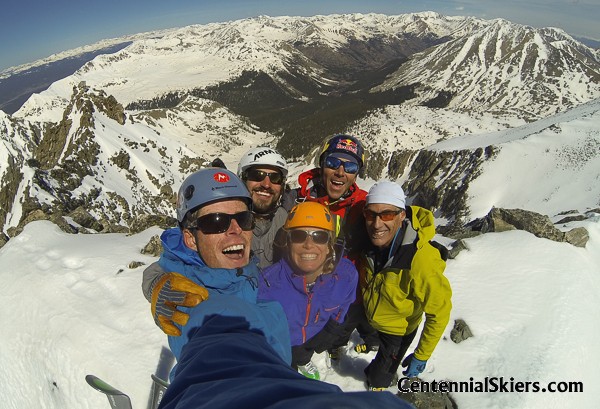 Psyched to be atop this Sawatch classic, and even more excited for the ski down. 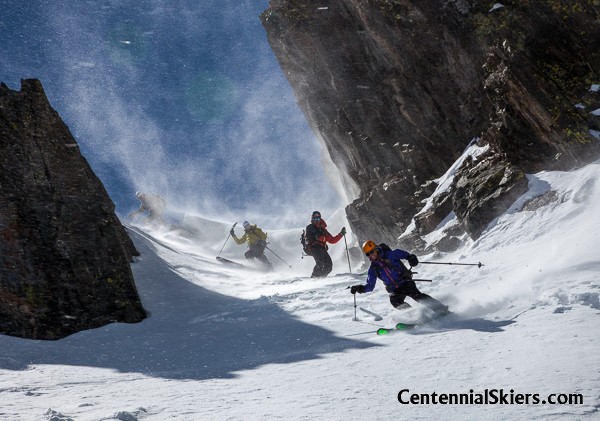 For some reason it was insanely gusty right at the col atop the couloir. The rest of the route was actually calm. 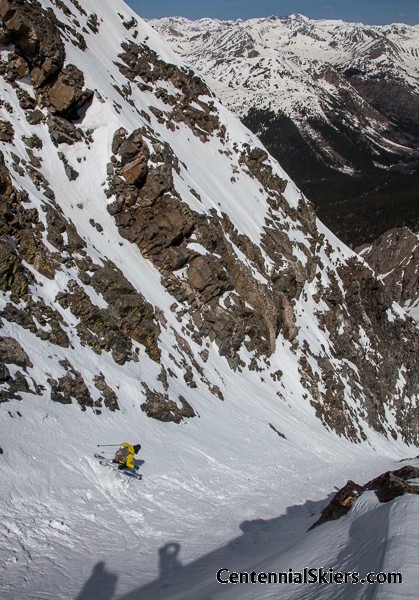 Art Burrows, finding the Refrigerator was definitely set on “cold.” The snow was firm, to say the least. 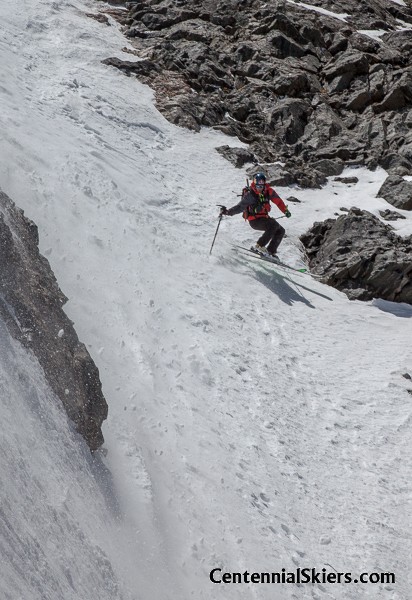 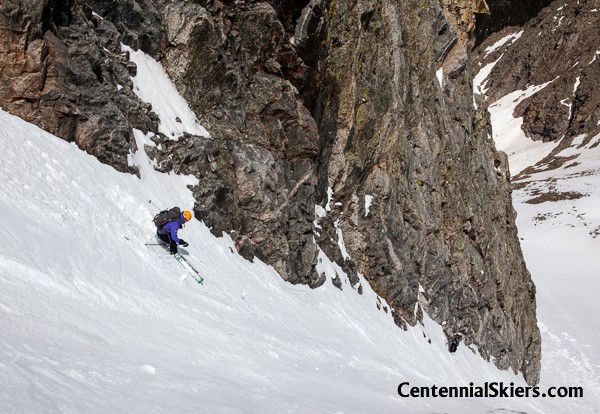 Christy was thrilled to finally be skiing this legendary line. 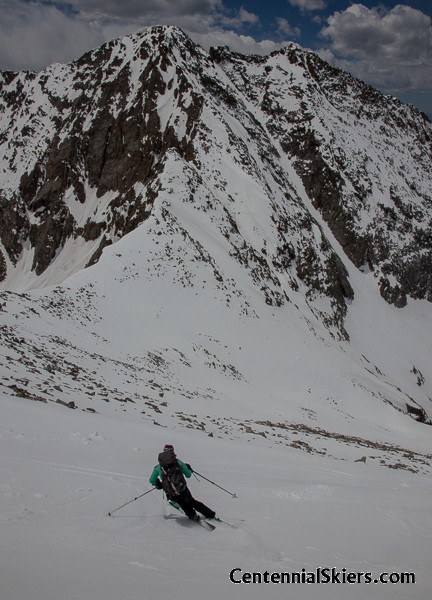 And after finishing the Refrigerator, we made our way up North Apostle and found the snow on the West Face to be corned up perfectly. 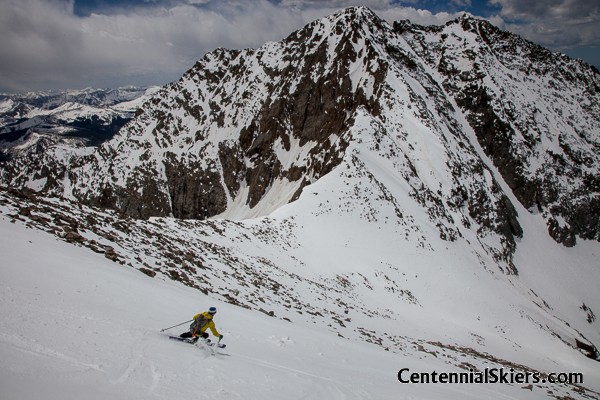 Art cruises down North Apostle. The Refrigerator Couloir can be seen behind.