This was a big linkup. We skied the east side of Fletcher Mountain, then traversed up and over towards Atlantic Peak. From Atlantic we descended north towards Pacific Peak, climbing to its summit and skiing the steep NE Couloir. From there, a fourth skin put us atop Crystal Peak, where we skied the East Face down towards Francie’s Cabin and down to the road where we caught a ride back to the car at McCullough Gulch, the start of our day.

Four Centennial 13ers in one push– this was a great day in the mountains. 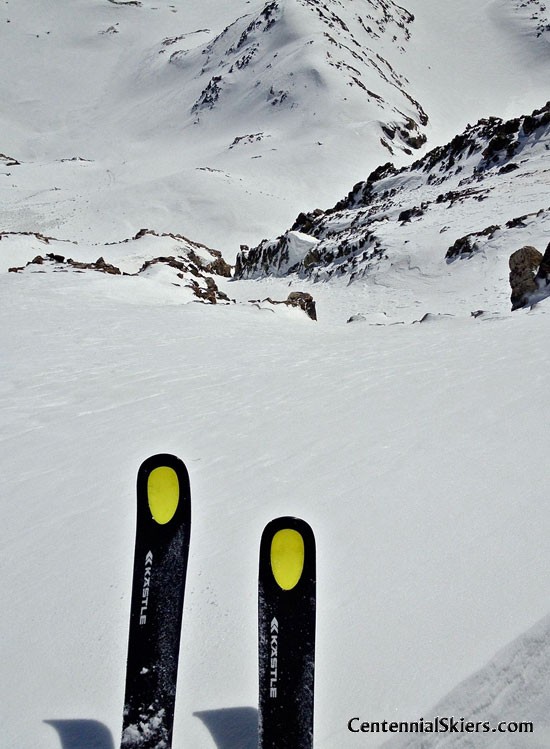 Looking down from the summit at the upper East Face of Fletcher. The line descends through the small couloir at center. 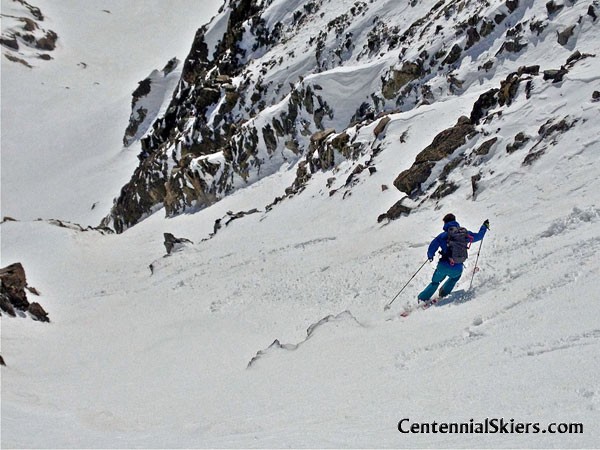 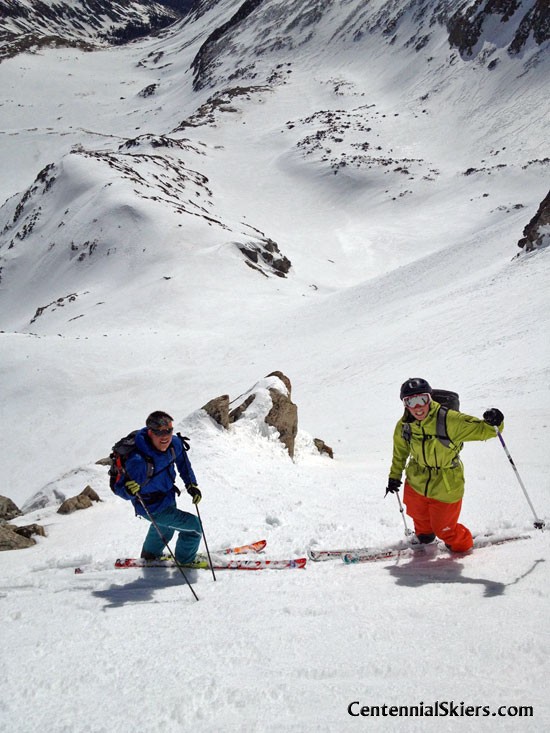 Max and Pete Gaston using their rando gear for something other than racing. 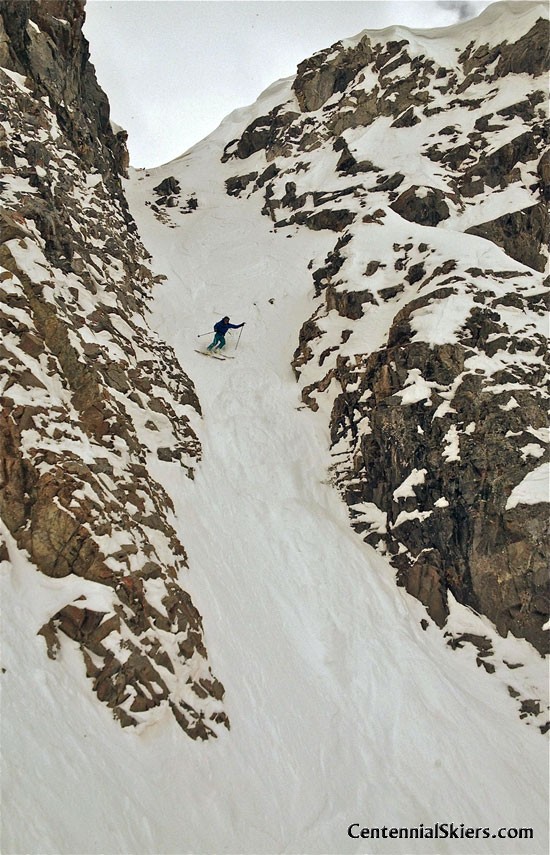 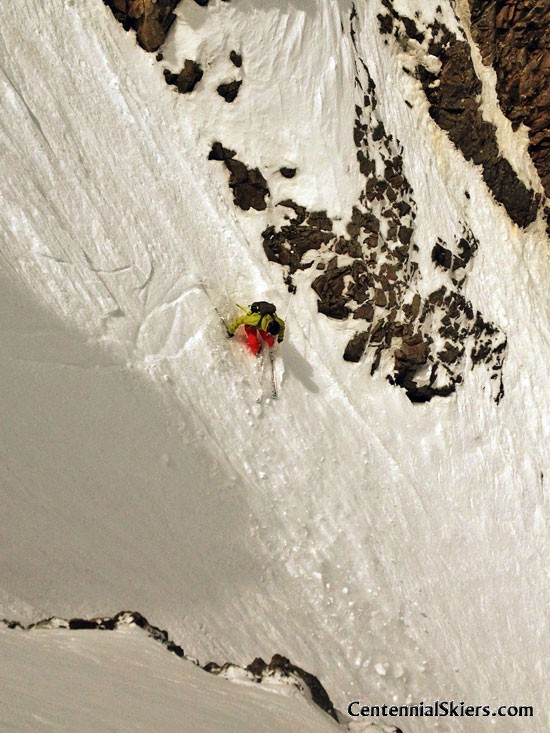 Pete Gaston lower down in the couloir on Pacific. 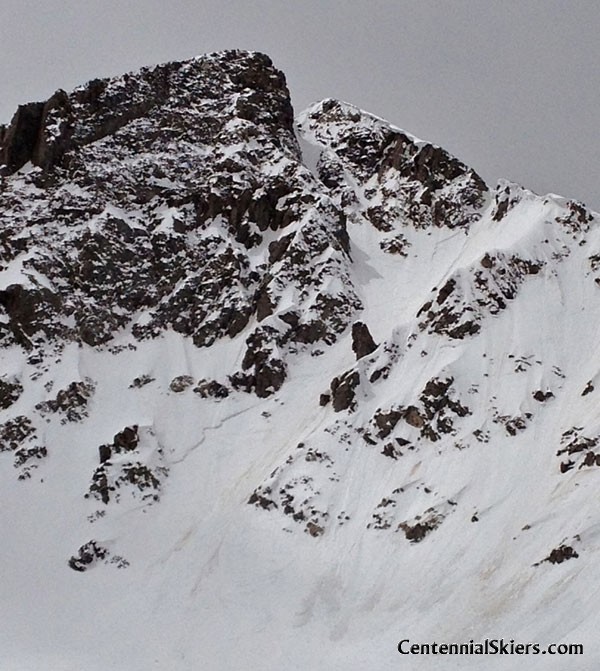 Pacific Peak and the NE Couloir. 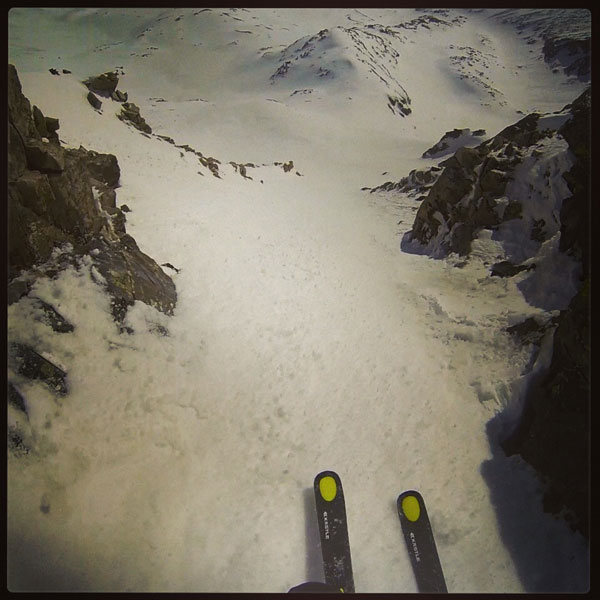 A closing POV shot from a GoPro skiing through the tight spot on Fletcher. 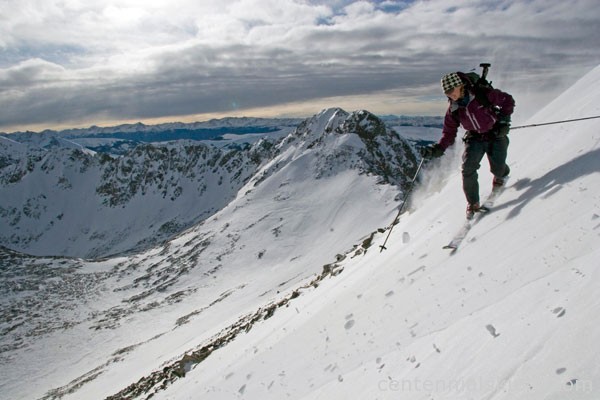 There were still a few good turns.

Two days prior to this trip, Chris skied Longs Peak, thus completing his goal of skiing all the Colorado 14ers in a year. It was really cool that he pulled that off. Feeling a little inspired, and since it was Saturday, Christy and I decided we wanted to go ski something. Of course it was January, so there weren’t too many options, which is why Fletcher’s name came up.

We made the drive to the Blue Lakes Trailhead (the same as for Quandary Peak), and then started up the valley for Fletcher– it’s just west of Quandary. Once a little past the dam the view of Fletcher opened up and it wasn’t pretty. The early season wasn’t that great for snow in 2007, and Fletcher showed it. We could climb and ski it, but there were big patches of scree and rocks still showing. Oh well. 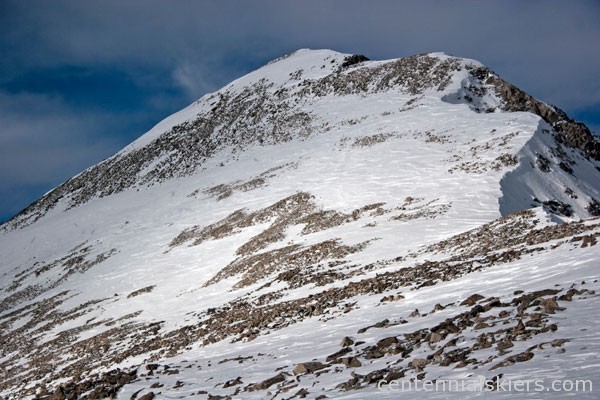 The South Face of Fletcher as seen on the ascent.

The route heads up to the saddle between the two high summits, and crampons were needed on the hard, windpacked, sastrugi. The climb from the saddle was easy though, and we got up top in some pretty cool, early winter afternoon light. Other peaks nearby actually looked better for skiing– Drift Peak in particular– but all we could do is take a few pics and take note for future visits.

With skis on, we carefully picked our way down to the valley floor, trying our best not to do any damage to our skis. At least in Colorado, ski mountaineering is often a matter of taking the good with the bad, and it’s snow like we found this day that can serve as the “low bar” for which we compare other ski descents. On the positive side, the weather was actually really nice and we made it up and down safely, and better yet, when we got back to Aspen that night, there was a big 14er wrap-up party at the Sky Hotel Bar for Dav, which was a really cool way to finish the day.

Some photos from the day: 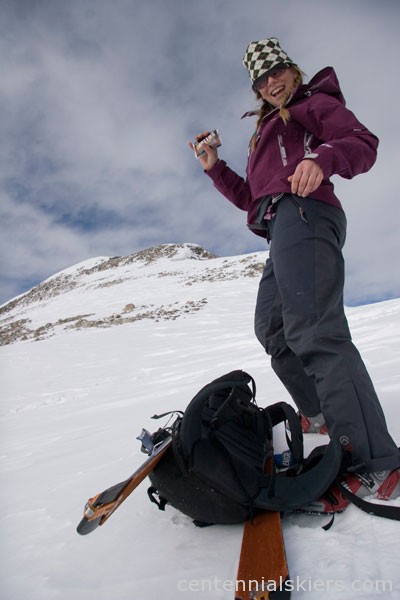 Little Hotties, part of Christy’s essential gear. Fletcher is behind. 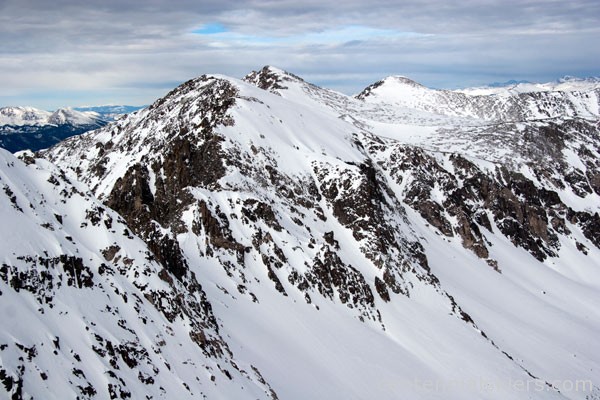 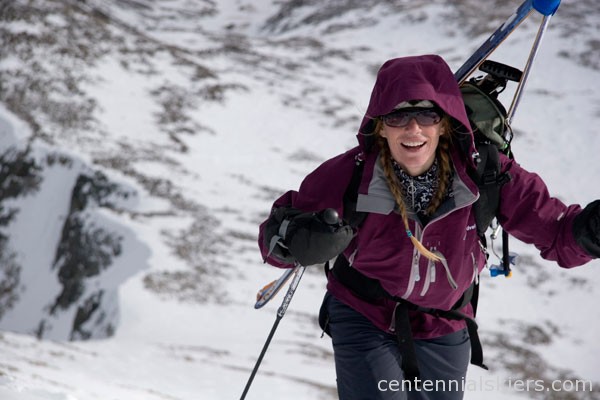 Christy, and a background of a lot of patchy snow. 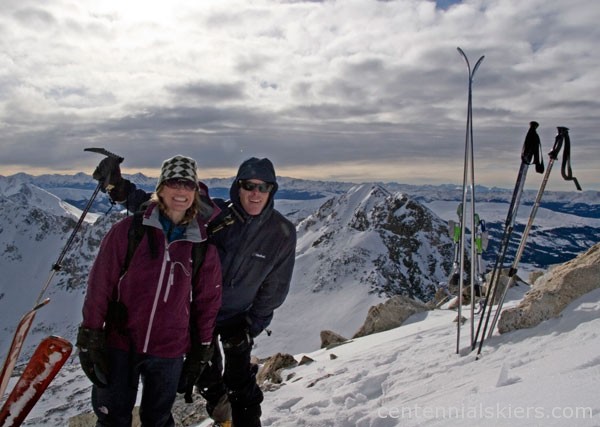 On top in the afternoon, but the January date made the light feel like it was sunset. Drift Peak is behind.

There were still a few good turns.